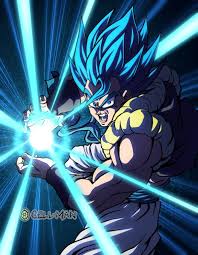 With cases of the deadly coronavirus still popping up at an unprecedented rate around the world, many prominent members of the blockchain and crypto industries have heeded the global cry for help and have swiftly engaged in meaningful action — be it in terms of direct research-related participation, or through the donation of funds or resource materials, such as masks, sanitization equipment, etc.

For example, as early as January, premier cryptocurrency exchange Binance had already donated $1.4 million worth of medical supplies to Chinese authorities in a massive effort to combat the devastating effects of the coronavirus. Dubbed as the “Binance for Wuhan” project, the effort has seen the crypto trading platform donate a total of 366,000 pairs of gloves, 56,800 masks, 9 sterilizers, 5,280 bottles of hand sanitizer, 20,000 testing kits, 7,850 protective suits, 20,000 pairs of goggles, 388 oxygen concentrators, 1,000 germicidal lamps and roughly five tons of disinfectant. 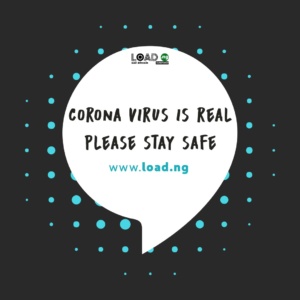 According to Jarred Winn, senior vice president of Binance Charity — the exchange’s social outreach wing — seven batches of medical supplies have reached 124 hospitals, medical teams and command wings. The germicidal lamps were sent to Wuhan University People’s Hospital and then distributed to 74 medical teams and health centers, as well as the hotels that accommodated the medical teams.

Winn further told Cointelegraph that the germicidal lamps have the ability to produce ultraviolet light that can result in the deactivation of bacteria, viruses and protozoa, providing a clean living and working environment for the medical teams.

Additionally, Binance Charity has also embarked on a new initiative wherein the company is looking to raise a total of $5 million in cryptocurrencies to acquire essential medical items for all of the countries that have been affected the most by the COVID-19 crisis. In this regard, a bulk of the funds will be used to quickly disseminate key medical equipment and supplies across countries like Italy, Germany, Spain, South Korea, Iran, Turkey, the United States and the United Kingdom. 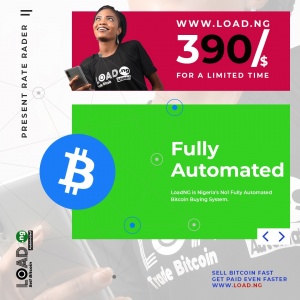 Commenting on the developing coronavirus situation, Changpeng Zhao, the founder and CEO of Binance, was quoted as saying: “We encourage the community to take part in this initiative as we unite against COVID-19, and together, we’ll drive impact.”

On the role that blockchain technology has been playing in helping Binance with its aforementioned efforts, Winn told Cointelegraph that a long-lasting dilemma related to charity has been the question of “Where did my money go?” In regard to this point, he added:

“With blockchain Technology, transparency and immutability allow any user to see that funds have been transferred to an individual with 100% certainty, and subsequently, in this case, there are no secrets in giving.”

Recently, non-profit fundraising platform The Giving Block launched a crypto donation drive to combat the ongoing COVID-19 pandemic. According to The Giving Block Co-Founder Alex Wilson, the #cryptoCOVID19 alliance is being facilitated in partnership with Gitcoin — an open-source bounties platform on the Ethereum blockchain. In this regard, Wilson told Cointelegraph that Gitcoin and Vitalik Buterin will be matching donations up to $100,000 made in Ether (ETH), Dai (DAI) and ERC-20s. He further commented:

“In total, there are over 20 industry partners helping support our efforts, each contributing in a unique way. For example, another one of our partners, Brave, is providing free ad inventory as part of their ad grants program to help drive traffic and awareness to the #cryptoCOVID19 campaign page.”

Wilson also pointed out that donations made through The Giving Block’s official widget will go directly to the aforementioned nonprofits — with each of these entities having its very own institutional Gemini account on the back end so that incoming funds are directly passed to the beneficiaries. Lastly, while donations are possible via a host of digital assets, Wilson told Cointelegraph that a vast majority of the funds that have been received up until now have come in the form of Bitcoin (BTC), ETH, DAI and Zcash (ZEC).

The Decentralized AI Alliance, or DAIA, recently launched #COVIDathon, the world’s first decentralized artificial intelligence hackathon that has been designed to help assist the global medical industry in creating solutions to combat COVID-19.

The alliance currently has more than 50 members from the blockchain space, including SingularityNET, Ocean Protocol, Aragon, Shivom, NEM, InboundJunction, as well as communities of health care professionals, biotechnologists and geneticists.

Cointelegraph spoke to Ben Goertzel, chairman of DAIA and the CEO and founder of SingularityNET. In his view, the current global pandemic is confronting the masses at large with a lot of ‘unknown unknowns,’ and thus in the face of such radical uncertainty, Goertzel believes that the crypto community as a whole must launch into action immediately. Talking about COVIDathon in more detail, he added:

“The COVIDathon AI/blockchain hackathon is pulling together a diverse global group of AI and blockchain developers, medical and policy researchers, forming a community capable of creating and deploying new tools with the responsiveness and creativity demanded by a situation that is constantly changing.”

Goertzel hopes that the community will come up with innovations, such as new apps for monitoring the health of individuals and communities, discovering new approaches for simulating the spread of COVID-19, in addition to developing new machine learning tools to help biomedical and epidemiological analysis, and many others.

Additionally, Bruce Pon, one of COVIDathon’s key participants and co-founder of Ocean Protocol, told Cointelegraph that even though a whole lot of people are currently willing to compromise their privacy to ensure the safety of the masses, such a mindset should not become the new norm. In Pon’s view, COVIDathon will showcase useful, real-world applications that will look to give individuals more control when governments ask to surveil and track people to defeat the coronavirus.

On March 25, Ripple Labs issued a tweet stating that the organization has donated a total of $200,000 to two separate non-profit organizations — namely, the Tipping Point Community and the Silicon Valley Community Foundation. The money is primarily aimed at containing the spread of COVID-19 throughout the United States since a host of new data has shown that the total number of confirmed cases in the country is now higher than the number of reported cases in China.

San Francisco-based Tipping Point Community is a non-profit organization that recently launched its Emergency Response Fund, through which it seeks to raise a total of $1 million for the COVID-19 response initiative. Similarly, the Silicon Valley Community Foundation’s COVID Regional Response Fund will focus more on the containment of COVID-19 within the Silicon Valley region.

According to a recent report, a number of international blockchain firms have come together to help minimize the spread of the virus, as well as prevent future outbreaks across the United Arab Emirates — mainly through the use of distributed database-related solutions.

In this regard, the UAE’s Ministry of Community Development has already initiated the use of various digital platforms to streamline its government’s services. For example, a blockchain system that is reportedly capable of processing 2,919 types of documents is currently live — thus allowing citizens to authenticate their official certificates and other paperwork online without having to step out of their homes.

Speaking on her country’s latest lockdown measures, Hessa Essa Buhumaid, UAE’s minister of community development, was quoted as saying that the “step confirms the ministry’s commitment to ensure the continuity and flexibility of all government services in light of the directives of the smart government to reduce the spread of COVID-19.”

The Napoli Blockchain Association recently launched a crypto fundraiser to help combat the coronavirus by purchasing a host of electromedical equipment to strengthen Italy’s health care sector — specifically within the nation’s Campania region.

Italy has been one of the worst-hit countries of the COVID-19 pandemic, along with Iran, the U.S., Spain and China. What is most striking is that the recent virus outbreak is putting an exceptionally heavy load on the Italian health care system — a country that was touted to have one of the best medical infrastructures in the world.

Providing his thoughts on the matter, Napoli Blockchain Association President Celestino Santagata said that he and his team will use the raised funds to acquire specific equipment, such as ventilators and vital medicines to help those in need.

Blockchain driven immuno-oncology company Mateon released a report on March 25 claiming to have successfully completed positive testing for multiple COVID-19 drug candidates. Per the release, one of the company’s formulations — the OT-101, a TGF-Beta antisense drug — seems to have displayed significant effect against COVID-19.

From a technical standpoint, it appears as though the drug works by inhibiting the virus from binding to its target, thus preventing the virus from replicating and infecting its host with pneumonia-related symptoms. In the wake of these promising developments, Vuong Trieu, president and CEO of Mateon, was quoted:

“We are excited about our platform for rapid response against viral epidemics and look forward to working with GMP to further expand on that platform in the U.S. and China.”

[email protected] is a digital platform that has been designed to help provide medical researchers with adequate computational power to help them with their investigative efforts. The project has gained a lot of mainstream traction over the past month or so, with Greg Bowman, director of [email protected], revealing that the project now has over 400,000 computers actively contributing their processing capacity to help with the aforementioned research efforts.

Additionally, [email protected] has also been able to garner the support of various big-name players, such as Tezos, a multipurpose blockchain platform, and CoreWeave, a company offering affordable and scalable machine learning on NVIDIA GPUs.

In unity, there is strength

Despite the mass destruction — both economic and social — that has occurred due to the COVID-19 pandemic, there have been many silver linings that have come through in this time of need. For example, a number of prominent individuals operating within the private sector, entertainment and sports industry have come forth and made huge contributions to aid research, as well as provide essential supplies to those currently affected by the coronavirus.

Even though the virus sadly continues to spread and with the efforts taken by a number of governments across the globe, it seems as though there might be some respite waiting right around the corner for everyone. 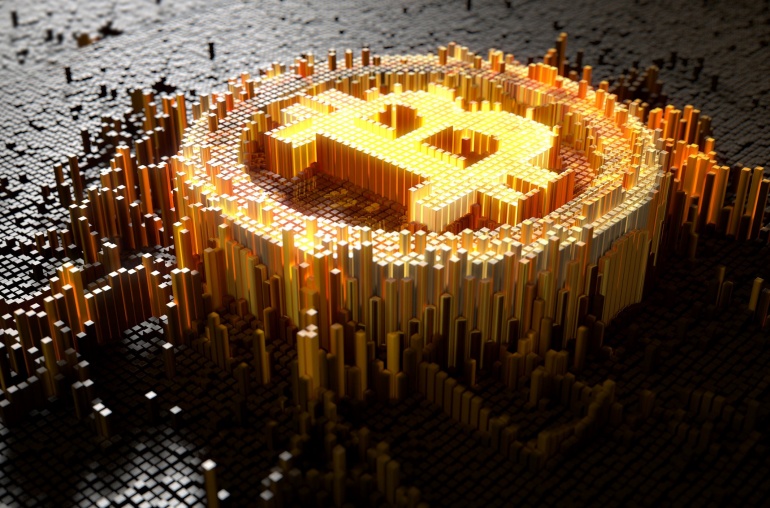 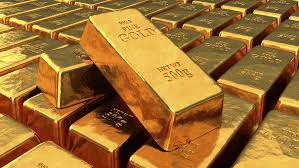